Professor Timothy Noël from the Technical University of Eindhoven/NL is awarded the DECHEMA Prize 2017 in recognition of his pioneering work on continuous photochemical conversion in microfluidic systems. Timothy Noël is one of the leading experts in this field, which may be used in the future for the synthesis of fine chemicals and active pharmaceutical ingredients or even in carbon dioxide activation for the synthesis of solar fuels.

Inspired by the tree leaf that collects the incident sunlight and uses this energy to produce chemical substances, Timothy Noël has developed solar photomicroreactors and combined them with microfluidics. This enables him to create a scalable, adaptable chemical factory that is powered by our richest source of energy – the sun. With luminescent dyes in a transparent host, sunlight is collected, converted and focused on tiny embedded fluid channels. This technology has the potential to catalyse an enormous variety of reactions that could affect the lives of millions of people. It creates opportunities for environmentally friendly production of inexpensive chemicals and medicines, without complex production facilities or even completely without electrical energy. This means that production is also possible at the most outlying locations.

According to Prof. Volker Hessel (TU Eindhoven): “Microreactors started in the 90s in Germany and Germany is still in leading position here. DECHEMA is the German (bio)chemical engineering organization and is influential on a European/world level. To the best of my knowledge, neither a German nor a foreign researcher has been awarded by Dechema for microreactor technology so far. Thus, this is really a strong recognition of Tim’s work”

An interview on the prize can be found on labnews.co.uk.

An interview with Tim on the DECHEMA prize will appear in the next issue of the Nederlandse Procestechnologen (Dutch Process Technologists).

SYNFORM has interviewed Tim as part of the Young Career Focus series.

A new textbook on photochemical processes in continuous-flow reactors, edited by Tim, is available for preorders on publisher’s website. 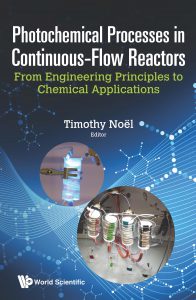 By providing a deeper understanding of underlying concepts, coupled with numerous examples, this book is an essential reference for chemistry students, researchers and professionals working on photochemistry, photoredox catalysis, flow chemistry, process chemistry, and reactor engineering. 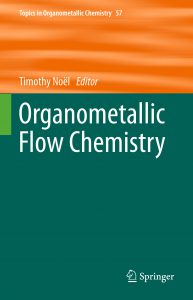 A new book on “Organometallic Flow Chemistry” with Tim as editor has been published in the series “Topics in Organometallic Chemistry” and is available, in hardcover and eBook, on Springer website.

END_OF_DOCUMENT_TOKEN_TO_BE_REPLACED 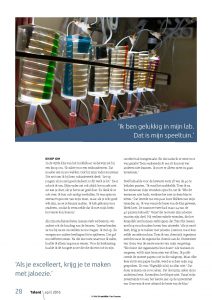 A profile of Tim has been featured on the April 2016 issue of the Dutch magazine TALENT. 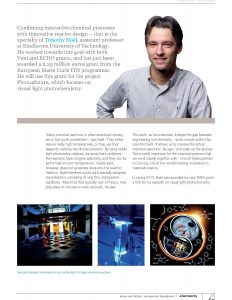 An article on our group research has been published by the annual magazine of NWO Chemical Sciences, 2015-2016 issue. 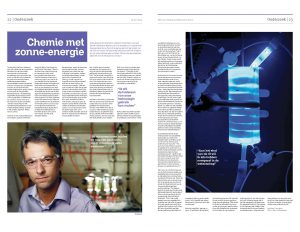 An interview with Tim (in Dutch) has been published on the Cursor (TU/e magazine) issue of the 18th of June 2015.